I thought I’d write about the creative process and how working with children in the early years can spark ideas for songs, stories and screenplays.

I spent July delivering a variety of themes in nurseries and outdoor settings. Believe it or not, I had three on the go: Minibeasts, The Sun & the Moon and Weights & Forces!

The last was a head-scratcher but after a lot of thought, I came up with the idea of four animals – two heavy, two light – taking a balloon journey to visit the Man in the Moon.

This was because I was already thinking about the moon – we’d covered the solar system at that particular nursery the previous month so the children were familiar with a couple of great moon songs, Hey Diddle Diddle and Aiken Drum (check out our Aiken Drum above, complete with salad server arms and legs made of claves!).

We’d also learned two action songs, A Penny Balloon – which allowed us to think about something so light that it floats – and One Elephant about a big elephant and a small mouse.

Here it is on Pinkfong!

The creative bit was asking the children to add in two more animals – one heavier than an elephant and one lighter than a mouse. They came up with a dinosaur and an ant and we had fun making up actions – replacing the ‘dance with me’ line with a second ‘boogie woogie’ and adapting this to include enormous arm-rolls for the dinosaur and the elephant and tiny finger-rolls for the mouse and the ant.

I needed to bring it all together for our final session so decided to take the mouse on a balloon journey to visit the Man in the Moon. But oh no, the kids weren’t having that – they wanted all the animals to go together – and why not? So off we went flying to the moon in a balloon while dancing to Up, Up and Away by the Fifth Dimension.

And now I really want to write a story about a dinosaur, elephant, mouse and ant who travel to the moon in a balloon. The moon will have a face made out of different kinds of food – just like Aiken Drum – and the animals will land and have a cheeky nibble.

Will the moon mind? I’m not sure yet. And that’s the beauty of it. I’ve got my concept – inspired by the sessions I run and the children I work with – but the rest is up to me. Win win! 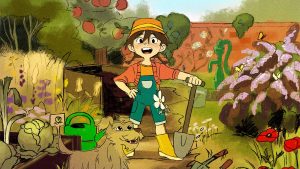 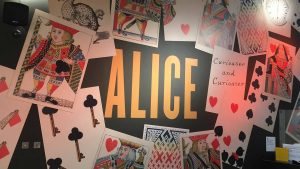 Curiouser and curiouser – the importance of being Alice 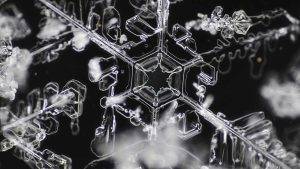